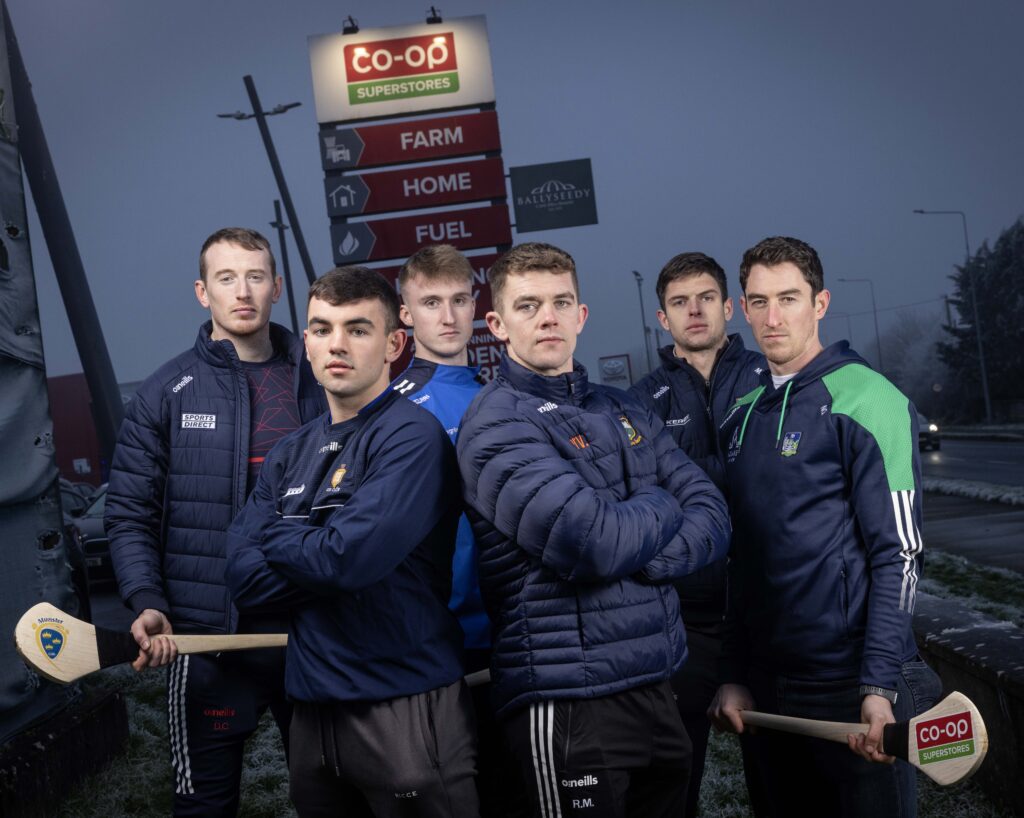 The opening game of the upcoming Co-Op Superstores Munster Hurling League will be the first competitive match for Tipperary’s new manager Liam Cahill, and he will travel to play his old team Waterford managed now by Davy Fitzgerald on Tuesday January 3rd. Clare are the other county in Group 1.

The 2023 Co-Op Superstores Munster Hurling League Final is scheduled for Sunday January 22nd and all games will be shown live, either via Munster GAA TV or TG4.

The launch of the competition took place on December 12th at Co-Op Superstores in Raheen, Limerick which is the flagship store in Dairygold’s retail network, in the presence of players and management team members from the participating counties.

“The Munster Council is pleased to facilitate this pre-season competition for our counties as it provides participating teams with a great opportunity to prepare for the very competitive Allianz League starting in early February. Great work is being done by Coaching and Games Development in all Munster counties and this competition gives counties the opportunity to introduce exciting young talent in to their team set-up and give them a flavour of the standards required at the top level. I am delighted that all six Munster counties are taking part in 2023 as the inter-county season returns in earnest in early January. Thanks to Co-Op Superstores for their continued support as competition sponsor and we look forward to working with them in the weeks ahead.”

Speaking at the launch, Liam O’Flaherty, General Manager at Dairygold Agri Business said: “We are delighted to join forces once again with Munster GAA in what is a most exciting and competitive era for hurling in Munster. Like the GAA, Co-Op Superstores understands the importance of the communities that it serves. We are an organisation deeply embedded in local communities. Contributing and supporting local initiatives is immensely important to Dairygold which is why we are very pleased to have partnered with Munster GAA as proud sponsors of this competition again in 2023 and many of our farmer members, employees and customers look forward to another great competition in the new year.”

With a network of stores across Munster and online at coopsuperstores.ie, this sponsorship is an ideal fit for the retail arm of Dairygold as it too operates at the heart of local communities across the province.

Co-Op Superstores has something for everyone in the community – their stores are a destination for all things Farm, Home and Garden. Serving customers in the traditional way via its stores network and in addition customers can avail of nationwide delivery direct to their home, farm or business by shopping their online store at www.coopsuperstores.ie.