Co-Op Superstores has been unveiled as title sponsors of this year’s Macra na Feirme Annual Conference. Hosted by Avondhu Macra, the conference, better known as “The Rally” is the biggest social, agricultural and sporting event in the organisation’s calendar and in addition this year marks the celebration of 75 years of Macra.

This year’s Rally titled “Let’s Avondhu It” will be held in the Radisson Blu in Little Island in Cork from 25th-27th October and will offer an opportunity for thousands of members from across the country to gather with their peers.

Speaking at the launch, Liam O’ Flaherty, Head of Agri Business at Dairygold said “Dairygold, through our retail division Co-Op Superstores are delighted to sponsor this year’s Macra na Feirme Annual Conference in Cork.  This sponsorship is a natural fit for Dairygold as Avondhu Macra just like ourselves is located at the heart of the Golden Valleys of Munster.  Many of our customers, farmer members and employees are active members and enjoy the many benefits that come with being part of such a strong and vibrant association.”

Commenting on the announcement, Marie Murphy, Chairperson of Avondhu Macra Rally Committee said “the Avondhu region are honoured to be hosting Macra’s Annual Conference. The committee is thrilled to be working with Dairygold Co-Op Superstores who have a proud tradition of supporting young farmers through the years, and indeed mirroring Avondhu Macra’s previously hosted National Conference in 1991 for which Dairygold were the sponsors.  Avondhu Macra is a strong and vibrant club with over 450 members ranging from Rathmore to Mitchelstown and Fermoy, taking in the areas of Freemount, Banteer, Awbeg, Mallow, Ballyhoura, Sliabh Luachra and Charleville/Ballyhea.  As the biggest event of the Macra year, coinciding with the organisation’s 75thanniversary, everyone who attends this year’s conference are in for a fantastic weekend” 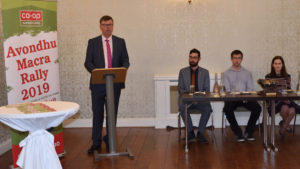 The weekend’s events will kick off with the National Conference on Friday afternoon. This will be followed by the IFJ ‘Know Your Ag’ final, while on the Saturday we will have our conventional and alternative tours, Imagine Club of the Year and Best New Member competitions. Sunday will see the traditional National Bord Bia Final of Beef and Sheep Stock Judging followed by a Gala Banquet. 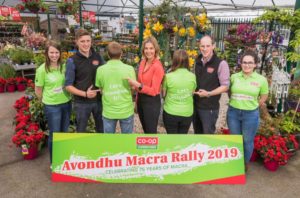